The RIAA EQ Switcher is designed to be used with the Flat Moving Magnet or Flat Moving Coil preamplifiers.

A unique advantage of the Flat Preamps are their ability to be remotely located at the turntable and powered by bipolar DC. This permits cartridge leads to the preamp to remain short allowing long low-impedance output signal lines to feed the RIAA EQ/Monitor Switcher or Workstation A/D converter. The split preamp configuration is ideal for cutting lathes, archive facilities and residential settings where separation from the lathe or turntable and the workstation or transfer console is needed. When analog RIAA equalization and multiple inputs and outputs are required the Phono Transfer System's RIAA EQ/Monitor Switcher completes the system. 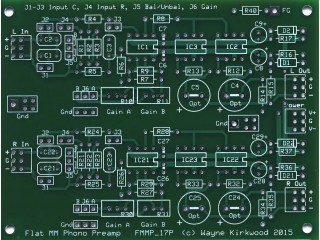 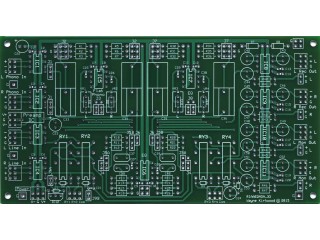 This is the Phono Transfer System RIAA EQ/Monitor Switcher project published in the Pro Audio.. 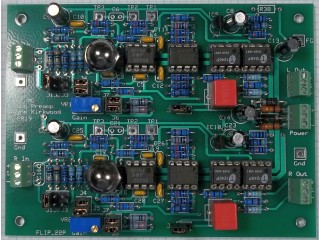 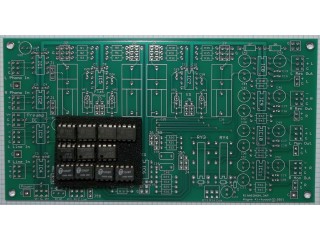 This is the Phono Transfer System based on the Flat Phono Preamp and RIAA EQ/Monitor Switcher proj.. 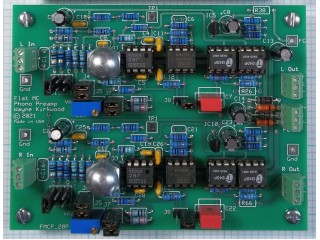 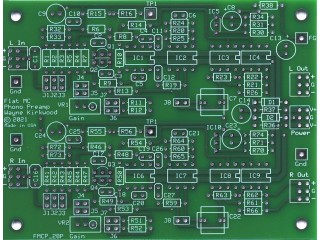